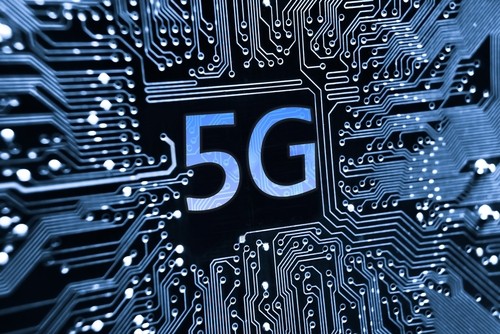 Last month I reported on the development of the first ocean-going autonomous sailing yacht called the MARS project.It seems that autonomous (or driverless) yachts and ships are very much in vogue, as Rolls Royce has also launched an AAWA (Advanced Autonomous Waterborne Applications) initiative in order to evaluate how to turn this concept into reality.

After five tumultuous years, Inmarsat can finally celebrate the successful launch of the third satellite in its Global Xpress constellation after the spacecraft was sent safely into orbit on the 28th August from the Baikonur Cosmodrome in Kazakhstan – thus paving the way for the introduction of global service on the network later this year.

This project was first mentioned in the summer of 2010 when Inmarsat announced it had placed an order with Boeing for three Ka-band satellites, signalling its intention to move into the construction of a VSAT network for the first time.

Three years later, the company passed a major milestone with the launch of Inmarsat-5 F1 (I-5 F1), the first of three satellites in the GX network, on board a Proton Breeze-M rocket from Kazakhstan on the 9th December, 2013.

The optimism created by this first success decreased significantly over the next two years, as repeated delays in the launch schedule caused the projected service introduction date to be pushed back and back, until finally it was approximately one year later than originally planned.

Verizon was the first US operator to launch 4G LTE in 2010, and began testing the technology two years before its launch. It now plans to hold 5G field trials in 2016 in a bid to “accelerate the expected rate of innovation” of the technology.

It remains to be seen exactly what Verizon’s version of 5G will be, as an official definition and standard for the technology has not yet been defined!

Verizon’s 5G Technology Forum said it expects 5G technology to have 50 times more data capacity compared to current 4G LTE, and have the ability to “handle exponentially more internet connected devices”, as part of the Internet of Things.

Commercial launches are not expected before 2020. Nokia has just announced “a big bang” with a proposal for the “first commercial full spec rollout” at the European football championship in 2020.

One in seven people on Earth used Facebook in a single day!

With 1 billion daily users on 24th August, 2015, Facebook has become an online community that is bigger than the population of every country in the world except India and China. And it has done so in just under 12 years.Incredible to think that “The Facebook” was founded in 2004 as a social network for students to arrange parties!

India has 132 million users out of a total 252 million internet users.The USA has the most Facebook users with 193 million, whereas it is largely banned in China!So where is the largest potential growth area?China clearly, the rest of Asia and Africa.

The new iPhone 6S has a 12-megapixel camera which is a huge jump for Apple from their 8-megapixel sensors in previous iPhones.

Live Photos is a default new feature that turns stills into a video or GIF, basically, images that move. It’s automatic. All you have to do is take a normal picture and the iPhone seamlessly adds Live Photo motion and sound. The Live Photo motion comes out more like stop-motion or time lapse rather than true video.

It’s also important to note that one Live Photo is about twice the file size as a regular photo. Couple that with the 4K video capabilities and you’ll definitely need at least twice as much storage space to accommodate photos and increased bandwidth to upload to any cloud service such as iPhoto or Facebook.

New iPad Pro and Pencil! Isn’t this a Microsoft Surface with a stylus?

The extra-large iPad Pro is a new 12.9 inch tablet. It is as thin as the iPad Air and powered by the new A9x 64-bit chip. It runs on Apple’s latest operating systems iOS 9, and the iPad Pro will work with a stylus, dubbed Apple Pencil, and a smart keyboard accessory.

The new iPad Pro is 78 percent bigger than the iPad Air 2 and one reviewer described it as “massive”.Weighing in at 713 grams (about the same as the original iPad) and 6.9mm thick (almost as slim as the 6.1mm iPad Air 2), it isn’t a big burden to handle, just a little cumbersome if holding it in one hand – see photo! The 12.9 inch screen boasts a 2,732 x 2,048 pixel resolution Retina display and it’s big enough for comfortably viewing two apps side-by-side.

The high-end accessories are what make this large model an interesting addition to the iPad family. Most notably, the iPad Pro supports a pressure-sensitive stylus, the Pencil, which promises more accuracy for graphics and photo work.

It’s easy to poke fun at Apple for copying the Microsoft Surface features after all this time, but the iPad Pro will ultimately mean better tablets for everyone, no matter which side of the fence you’re on. This photo illustrates the size correctly.

The iPad Pro is a watershed device for Apple: for the first time, the company is purposefully blurring the line between its tablets and laptops.

Up until now, iPads were largely about media consumption, the occasional essay, and used as presentation tools, while you turned to a MacBook for anything you’d consider “serious” work.

Things are different now. By flaunting processing power and officially throwing its weight behind productivity-oriented accessories, Apple is suggesting that tablets can replace laptops.

The iPad Pro is supposed to be thin and light enough to take practically anywhere, but still powerful enough to do most of what you can on a laptop. It can’t do everything that a proper laptop can do as it still runs iOS so it’s missing out on the myriad of industry standard OS X apps. However, while the apps may not be the same as those you will get on a laptop, they can do the same sort of things but with a different interface.

For example, the iPad Pro runs iOS 9 which has features you would expect on a desktop, like multi-window support and other multi-tasking improvements. These features apply to the iPad Air as well, but Apple clearly had the Pro in mind when designing them.

The combination of these new features means that you have the processing power to edit three 4K videos simultaneously, should you want to!

Roger Horner of e3 Systems. For further information on any of the above, please contact us.