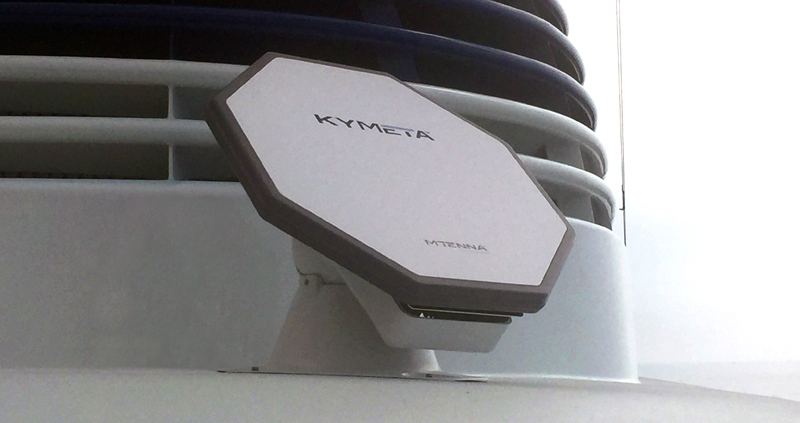 Last month Kymeta KyWay flat panel terminals set sail on the second Sea Trial on Yacht B. These were originally installed in mid-June with two KyWay terminals operational and with another pair being commissioned recently. I was fortunate enough to sail with the yacht from France to Montenegro on her first sea trial with the panels. Aside from being a huge pleasure, this was an extremely educational and valuable experience for all concerned. We learned a huge amount about this exciting new technology under real-time conditions, and were able to consider and test several different ideas.

This test is using one satellite around the Med, and it switches to the terminal that can see the satellite. We are using the satellite service from one of our providers for this test. We were provided with a 6 Mbps down and 1 Mbps up service. The yacht receives that consistently.

Sea Trial Yacht A has just returned to the Med after a transatlantic crossing, during which they had constant service.

The testing continues into the next phase by populating Sea Trial Yacht A with 3 more KyWay terminals. Both yachts, one sail and one motor, are cruising the Med over the next few months, each with 4 terminals installed, using different satellites and configurations.

The following photo shows one of the panels on a temporary test mount, with Mount Etna in the background:: 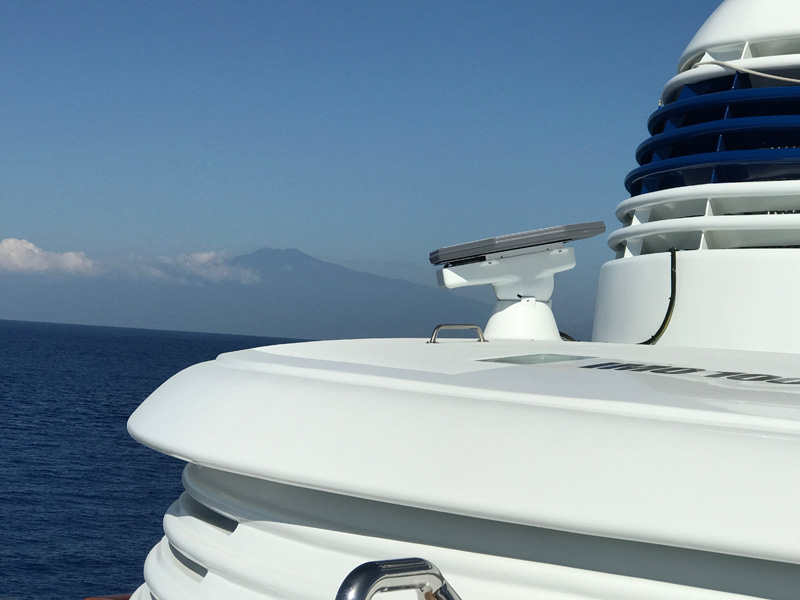 Go back to our NEWSLETTER to read more current news: