Maryland, US March 8th, 2016. During the Satellite 2016 Show Kymeta hosted a high-profile party to launch their first working satellite panels, one of which was installed in the roof of a Toyota car and the other on a 40m river boat which was chartered specifically for the event. The setting was ideal, with the usually grey Potomac river bathed in evening sunshine, and the temperature a very unseasonable 27 º C. 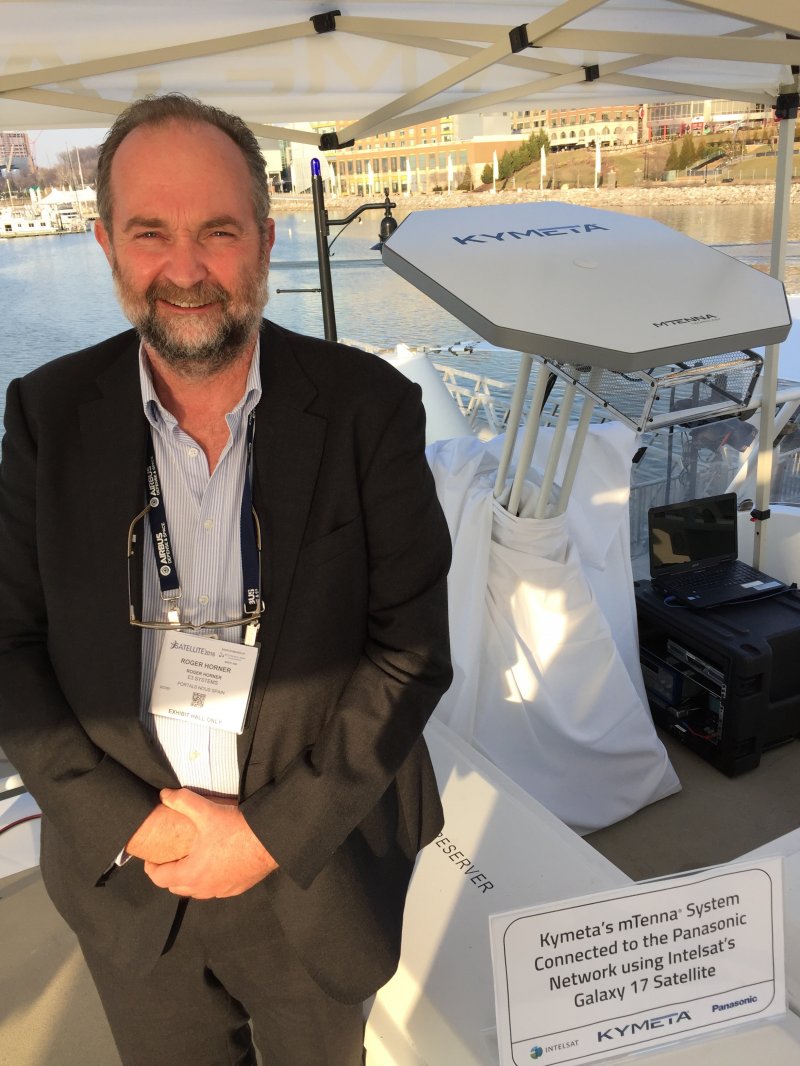 The panel installed on board the river boat was tracking Intelsat’s Galaxy 17 satellite. The system was streaming 8 TV channels, which were shown on a single screen in 8 windows simultaneously, and they also held live Skype sessions with the car at the same time.

e3 Systems has been closely involved with the Kymeta project for the last 30 months, and it was fantastic to witness it all working “live” for the first time.

The single panel was transmitting at 4Mbps up and receiving at 12Mbps down; it was mounted on a stand and angled slightly toward the satellite. The boat’s movements were slight and when the software tracking was off the TV pictures pixelated even with the slight movement of the boat, however when it was on it was steady. 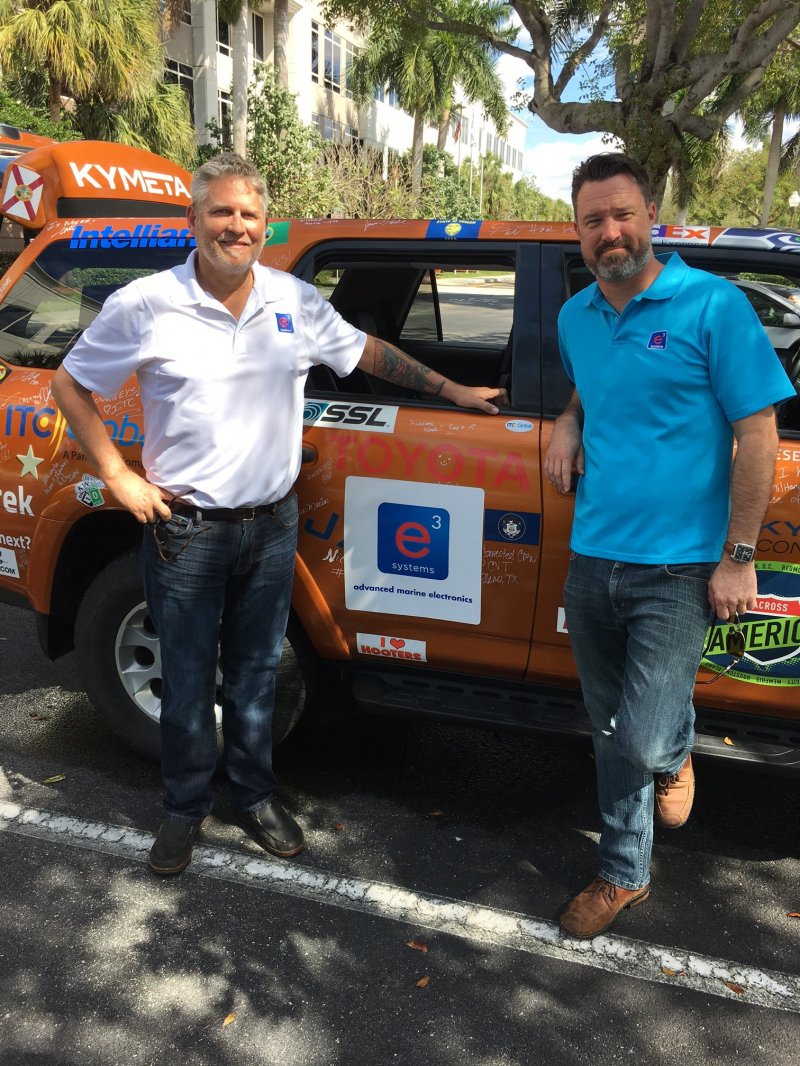 The Toyota car had been on a 10,000 mile drive around the USA over the previous few weeks visiting satellite companies, Google, service providers, cruise lines, universities, etc., and each had been invited to affix a sticker to the car and sign it. The car visited e3 USA and can be seen in the photo with David Horacek and Matt Gerken from our Florida office.

The Connected Car team from Kymeta reported that had had a great road trip, running Skype sessions and Netflix in the car – although not whilst driving!

There are plans afoot to replicate this demonstration on a yacht at the Monaco Yacht Show in September with 8 multiple, distributed panels, installed as 4 pairs of 2.