The Islander Article – Captains of Industry 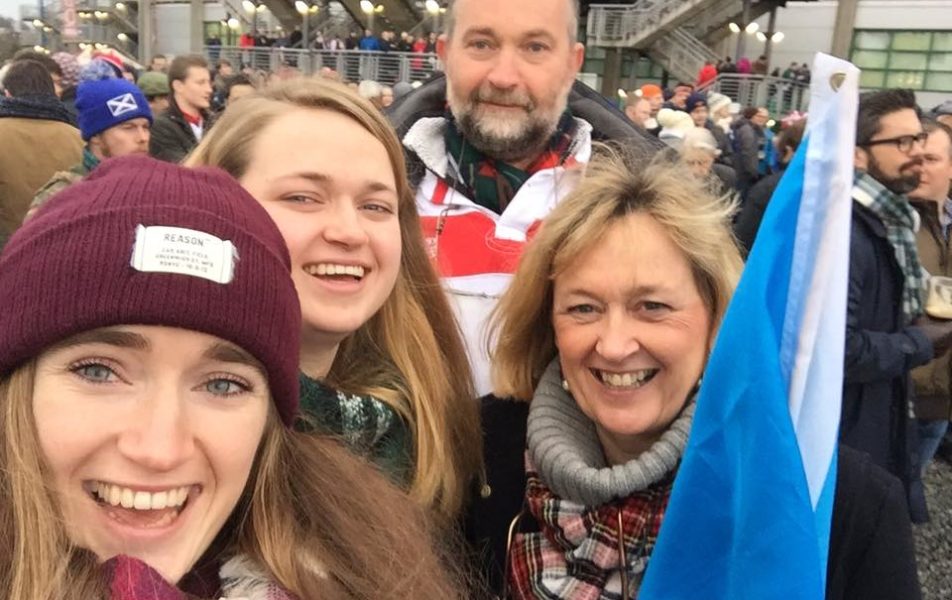 Mallorca, March 7th, 2016 This is the first in a series of articles where we shall look at the leaders of successful businesses in the Yachting industry here in the Western Med, and how they arrived here and managed to succeed where hundreds have failed.

For those of you who don’t know Roger, he is the head of one of the leading electronic data communications businesses on the planet, and one of the nicest, modest and affable guys you will ever meet. His company, e3 have just celebrated their 20th anniversary, no mean feat in our industry and in a foreign country without speaking the native language!

His background in boating started at a very young age in Kent when he sailed Firefly dinghies with his school in Dover harbour. He took this sporting route as he wasn’t too good with eye hand coordination for cricket, the other summer option on offer! This dinghy sailing was backed up by his father having a river boat on the Medway where he spent many happy hours.

Edinburgh University developed his interest even more, participating in a very successful university team racing squad, including crewing for the Enterprise world champion, Stewart Robertson. This team racing, including the après sail, took up much of Rogers time, but was also the place where he met his future wife Nicky, whom he encouraged to join his passion for sailing.

Following his achievement of an honours degree in 1980 in Electronics with Industrial Management, he wasted no time in setting up various businesses of his own, mainly developing software solutions for the insurance industry.

His first employment was with Racal Decca, which he left after 6 months, deciding to start his own “proper company” under the wing of his father’s Electrical Consultancy business. Early projects included commissioning the computer-controlled scenery flying system at the Barbican Theatre and the control systems for the Thames Barrier.

In 1986, Roger was determined to buy a boat of his own after having had use of his father’s Southerly 95, which he sold. On the way to the Southampton Boat Show he decided to pop in to the Moody used Boat Show at Swanwick where they instantly bought a Moody 33 appropriately called “Ambition”, which they kept at the brand new Port Solent marina.

During that period he developed his main full time business of software development, pre Windows! The company, Loxton Business Systems, was enormously successful which resulted in being bought out by Vistec plc in 1989. During his 3 year compulsory contract, he was head hunted by Eagle Star to buy back the business he had sold to Vistec , together with a fabulous package including a future opportunity for a seat on the Board. Sadly, BAT Industries, owners of Eagle Star, had to make severe cut backs after Eagle Star declared huge losses over mortgage indemnity, resulting in the abandonment of the project.

So, Roger and Nicky decided to implement their long time ambition of doing some long term cruising, and in May 1992 headed off to Barcelona and the 1992 Olympics. After that, they had no definite plan, although they had thought that a winter in Malta before moving on to Greece the following spring was possibly on the cards.

Having only previously done 60 mile hops across the Channel, this was a major step up, but one which Roger and Nicky relished. They were helped along the way by friends, sailing down the Atlantic coasts of Spain and Portugal and eventually to Sitges, their home whilst the Olympics were taking place. Whilst in Barcelona, they were falling in love with Spain, which led to the abandonment of the Malta and Greece plan. Whilst on route from Barcelona to Soller, Mallorca, Roger woke up from a snooze to 2 inches of water in the saloon which started a panic. They checked all the seacocks etc and could find no obvious leak but the water was still rising, so sent out a Pan Pan after doing a U-turn back to Barcelona, the nearest land. A ferry answered the call and was on its way to help. After baling furiously Nicky asked Roger to taste the water, and he confirmed it was fresh water, suddenly realising this was from the water tank and not a leak at all!! The ferry was stood down!!

Upon arriving in Soller, they received no help at all and spent hours lugging water containers from the town’s font back to the boat to replenish their stock!

After an unexpected change of plan, meeting up with Roger’s parents in Ibiza, they decided that Ibiza was not a place to spend the winter, and so headed off to Palma, Mallorca where they anchored off the Paseo Maritimo! This was in the days before the plethora of Marina’s which now line the harbour.

Roger soon spotted what at first glance was a bit of a wreck, just along from where they were moored, but upon further inspection it was a 10 year old Formosa 51 called “Tobago Clipper”, which had just been badly maintained. At 61 ft overall including the bowsprit, Roger wasted no time in making the owner an offer, which was duly accepted. The boat needed a major refit which Roger and Nicky tackled with gusto, and as a result of dealing with local traders soon built up many “friends”!

The Moody 33 was quickly sold and after keeping “Tobago Clipper” in Portals, Club de Mar and Andratx they decided to cross the Atlantic in the company of the ARC (Atlantic Rally for Cruisers), a safe way to embark on your first crossing. However, after several years of trying for a family, Nicky had successfully fallen pregnant, and so they were embarking on this journey with a 9 month old, Lucy, as the third crew member much to the angst of Lucy’s parents. Roger was very relaxed about taking Lucy with them as he had planned the trip in much detail, with the comfort of the ARC’s infrastructure as back up should it be needed. So with six adults, a baby and a cat they duly sailed across without incident and Lucy had her first birthday in St Lucia.

After seeing most of the Caribbean Islands and deciding they’d seen enough azure blue bays and palm fringed beaches, they set off back to the Med in June 1995, and after arriving back sold the boat in early 1996*, moved ashore, had their second daughter Katy and Roger to set up shop – and all at the same time!

Editor’s note: “Tobago Clipper” had a colourful history after she was sold that took her to Norway, back to the Caribbean as a dive charter boat, drug running from Columbia , in 2005, leading to arrest off the Cabo Verdes with 2.8 tonnes of cocaine on board. She is now a sail-training vessel in the Spanish Navy.

He had spent many night watches dreaming of the best business to get stuck into, and the e3 plan was drawn up. The Caribbean was his first experience of getting up close to Superyachts and quickly realised the business potential they offered. So, he put a business plan together, and managed to complete the five year forecast in the first two years!

The company was founded by Roger Horner and was joined by Jason Abbott as sales director and then Alan Walker as the engineering director. Alan is still with Roger and e3 to this day. They launched the company in March 1996 hitting the docks of Mallorca with their fleet of small white cars, all arriving at the same time. This made a huge impact on the yachting community and raised a few eyebrows. Roger had quickly made an appointment to meet Nick Scantlebury, now Captain of M/Y Harmony, the following day, but was stood up! Roger asked Nick why he didn’t turn up and the reply was on the lines of “No tradespeople ever turn up for appointments here, so I didn’t expect you to either” This first encounter began a friendship which has lasted the full 20 years!

Roger’s big advantage was he knew how to run a business, unlike many of the other companies who had developed from ex yachties who fancied working with yachts. The business soon expanded, opening offices in Barcelona, Antigua, France, Italy, Malta and the US. Mallorca has always been the HQ and all systems and components are standard throughout the business making worldwide servicing a simpler operation. Their principles are giving top quality service using the best equipment available to allow owners and guests to do what they do at home and in the office on-board.

The early days weren’t always easy, but one example of showing how things could be done was with Lady Moura. The captain had asked them to look at some issue or other, and whilst on the bridge, there was another electronic device mounted on the back wall of the bridge and the captain said that didn’t work either and could we fix is. Roger hesitated, as he hadn’t a clue what is was, whereupon Jason, the consummate salesman, replied “Oh yes, we’ve worked on these before, we can sort that for you”. On leaving the boat, Roger said to Jason “I’m very impressed with your product knowledge, what is it ?” The reply was on the lines of “I haven’t a bloody clue, but I’ll find out “ !!

These early times saw e3 systems get involved in the A – Z of electronics, but as time has gone on they have specialised and today focus on the data communication side of the industry, becoming one of, if not the world leaders in their field. The company has been involved in several World “Firsts” including installing the 1st Inmarsat Fleet 77 working together with an Iridium sat Phone on a yacht in 2002, the 1st VSAT on M/Y Passion in 2004, they launch the Cadiz – Trieste 3G service in 2006, and in 2013 started working with Kymeta ( a Bill Gates backed business) in developing flat panel antennas which will replace the big ugly satellite domes we see on virtually every large yacht at present. These are similar to those used on aircraft and will make a radical change to the communication performance and the overall look and design of yachts.

These should be in production within the next 18 months and e3 will no doubt play a pivotal role in their success.

So , here’s to the next 20 years success at e3 Systems and to the health and happiness of Roger, Nicky and his girls Lucy and Katy, whom he is extremely proud of as they continue their studies in medicine and architecture.

Photo of the Horner Family enjoying a trip to a rugby match.