THOR 7 takes up residence at 1 West 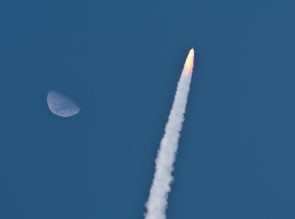 On 26 April 2015, THOR 7 blasted into space and was successfully injected into geostationary transfer orbit about 28 minutes after lift-off. Within an hour of the launch, clear communications had been established with the satellite, the solar arrays were able to be deployed, and all systems remained nominal (stable).

By May 3, as far as all the systems were concerned, THOR 7was a fully functional satellite. More importantly, on June the 16th, the satellite completed its final test phase and has taken up residence at one of the hottest European locations in geostationary orbit – 1° West, the prime position and home to all our THOR satellites.

With testing complete, the Ku-band payload, which is dedicated to DTH services, is now ready for commercial operation. THOR 7 is equipped with a Ku-band payload of 11 transponders which will provide much-needed growth capacity for broadcast and TV services throughout Europe, specifically in Central and Eastern Europe.

The high-throughput Ka-band payload will now undergo a further testing phase with its test customers. The service is expected to be fully operational in Q4, 2015